JM and I bought some sparklers last year on the 4th of July; they’re so much fun! And, they’re a great photo opportunity if you want to have some awesome streaks of light and sparkles in your photos! So today I’m going to show you how to photograph sparkler writing. It’s perfect for the 4th of July, weddings, engagement photo shoots, or any sort of celebration! 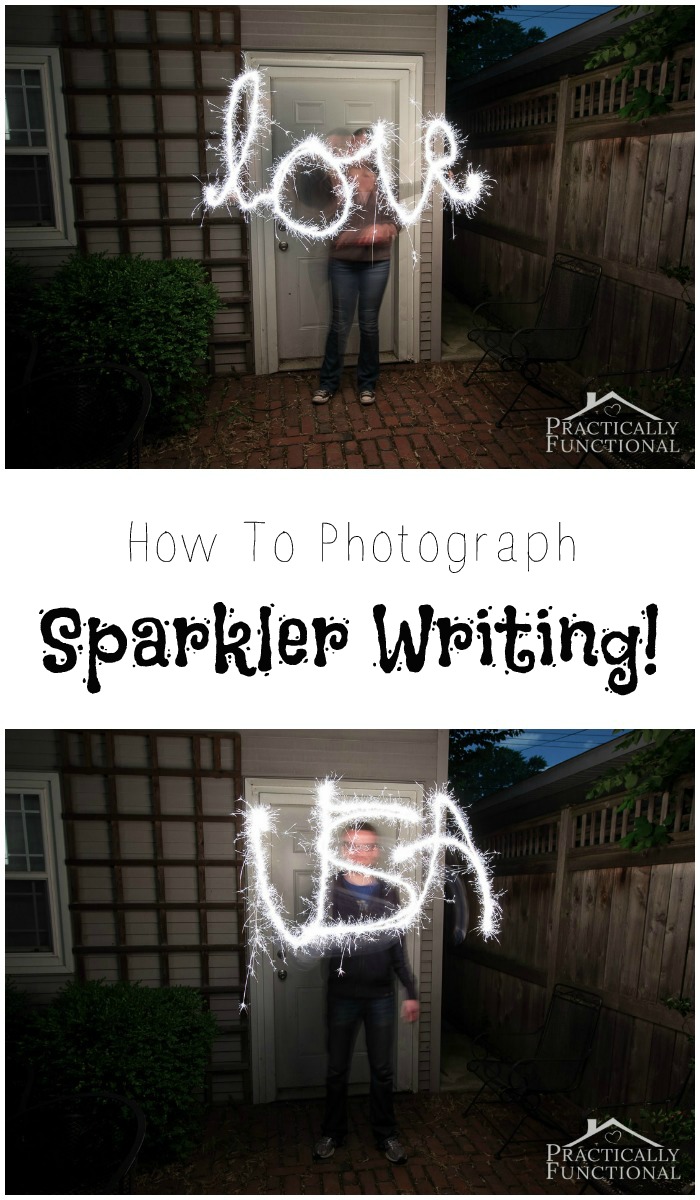 With just a few simple camera settings, sparklers, and a tripod, you can take awesome photos! You can write out words, draw a heart, or just draw some awesome squiggles in the air and make it look like there’s a fairy flying around you!

How To Photograph Sparkler Writing

Here’s what you need: (affiliate links below to the products I use and recommend)

Note: I used my Canon Rebel T3i and my Vanguard Alta Pro tripod for these photos and they turned out great! The T3i has been discontinued but you can still find it on Amazon, or the Canon Rebel T5i is the newest version of that same camera. But any camera where you can manually set the shutter speed will work just fine. And if you don’t have a tripod, you can work around it by setting the camera on a table or a brick or something sturdy.

It’s really easy to take pretty photos of sparklers, but it will take a bit of practice, so make sure you have a lot of sparklers!

If you have a DSLR like mine, start by setting the camera to Shutter Priority mode. This means you can manually set the shutter speed, and the camera will automatically adjust the aperture and ISO for you. Or if you prefer to shoot in full manual mode and adjust all of the settings yourself, you can do that too!

The shutter speed needs to be at least half a second in order to capture the trail of light made with a sparkler, but you can set it longer than that if you want to. Make sure that the shutter speed is long enough for you to draw out your whole design with the sparkler. For instance, just making a small squiggle may only require half a second, but writing out the word “love” may require 3 seconds. 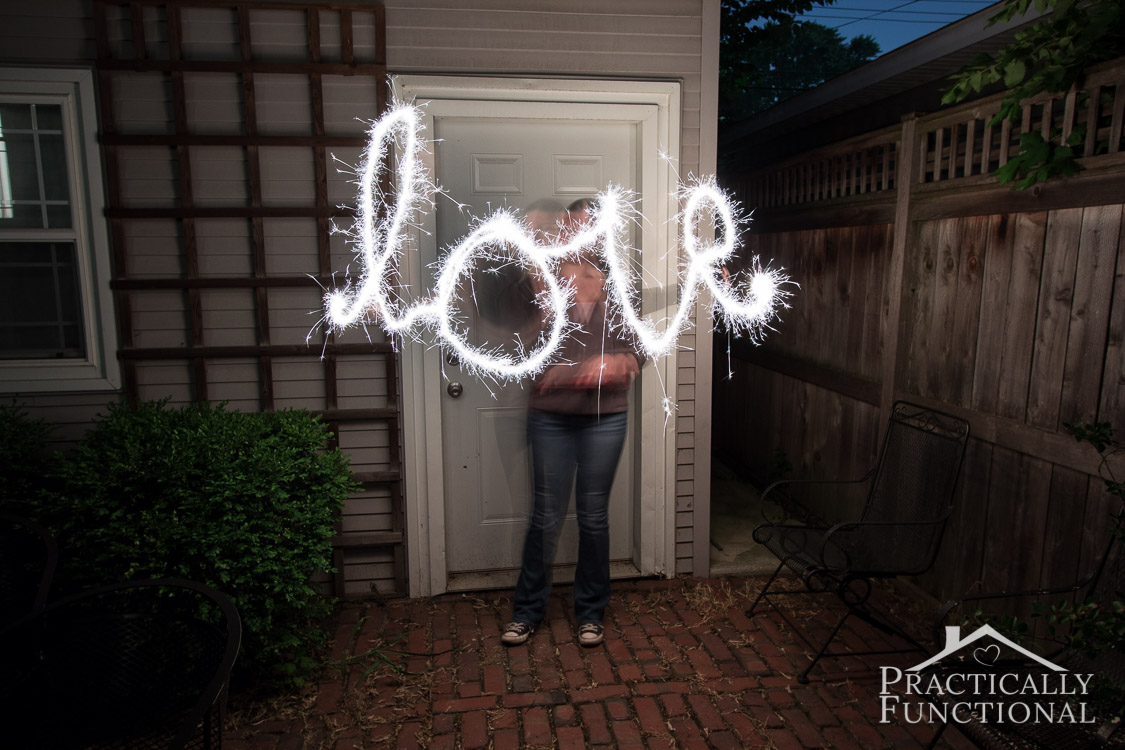 Write from right to left

Normally you write from left to right, but since you are facing the camera, it’s going to be mirrored. If you write a word in the air like you normally would, it will be backwards in the camera! If you’re just making a shape or a squiggle it doesn’t matter as much, but for words or initials (like I did below), go from right to left! 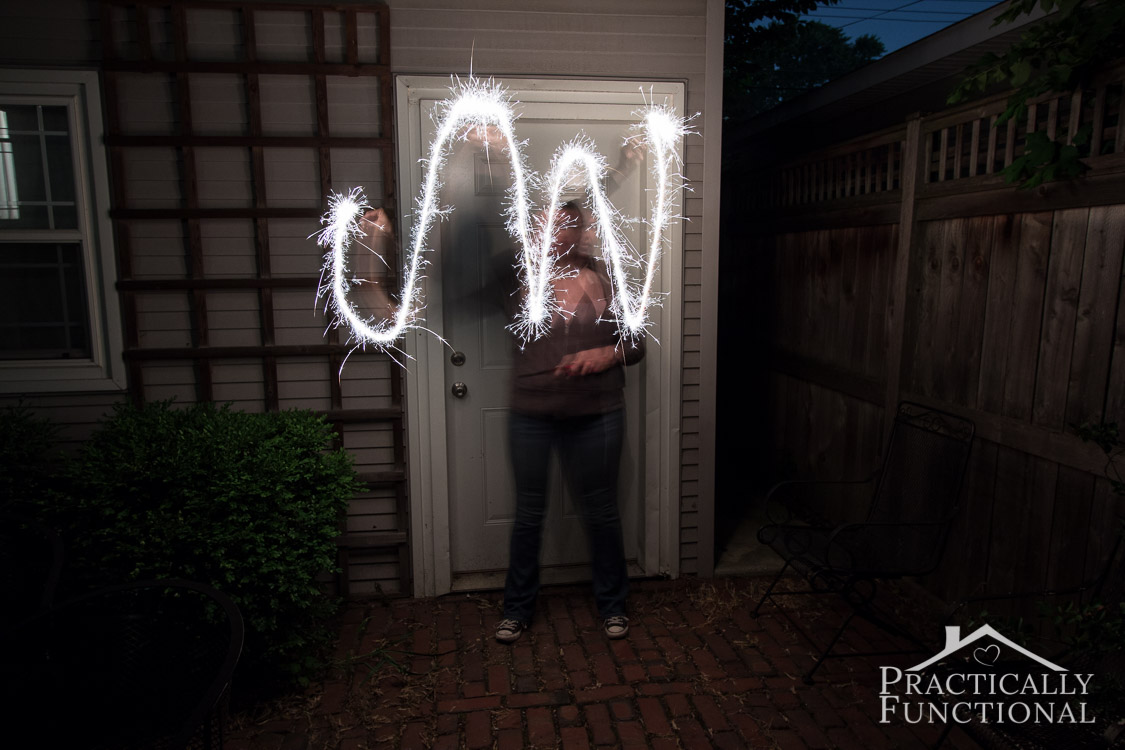 If you’re going to write a whole word, write in cursive. There’s no way to make gaps between letters with a sparkler, so cursive is your best bet since the letters all flow together anyway! Or you can just get a little creative in how you “attach” the letters to each other, like JM did in the USA photo below. 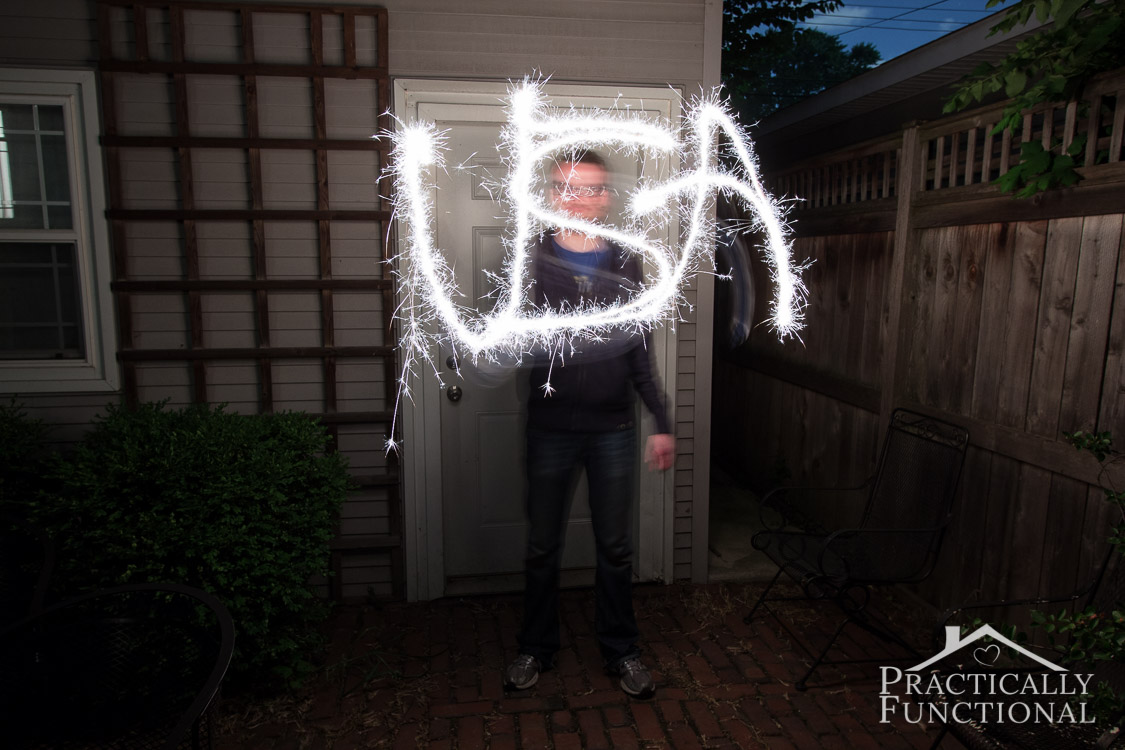 Keep your body still so it doesn’t blur

In most of these photos our legs are pretty clear and sharp, but our upper bodies are blurred. Your arms are going to be blurry no matter what, but if you want to be in the photo as a subject of the photo (rather than just the guy in the background who is making the awesome light drawings!), keep yourself as still as possible while only moving your arm.

In the photo below JM and I tried really hard to only move our arms so that our bodies would appear in the center of the heart, and it worked pretty well! Another little trick is, set your shutter speed for longer than you need, and hold your final position with your sparkler at the end of your drawing for an extra second. You can see my arm looks as if it is at the bottom of the heart, but in reality it drew the entire right half of the heart and only ended up at the bottom for an extra second. But since my arm was moving for the first few seconds and then still, the camera picked up on the still part more than the motion part. 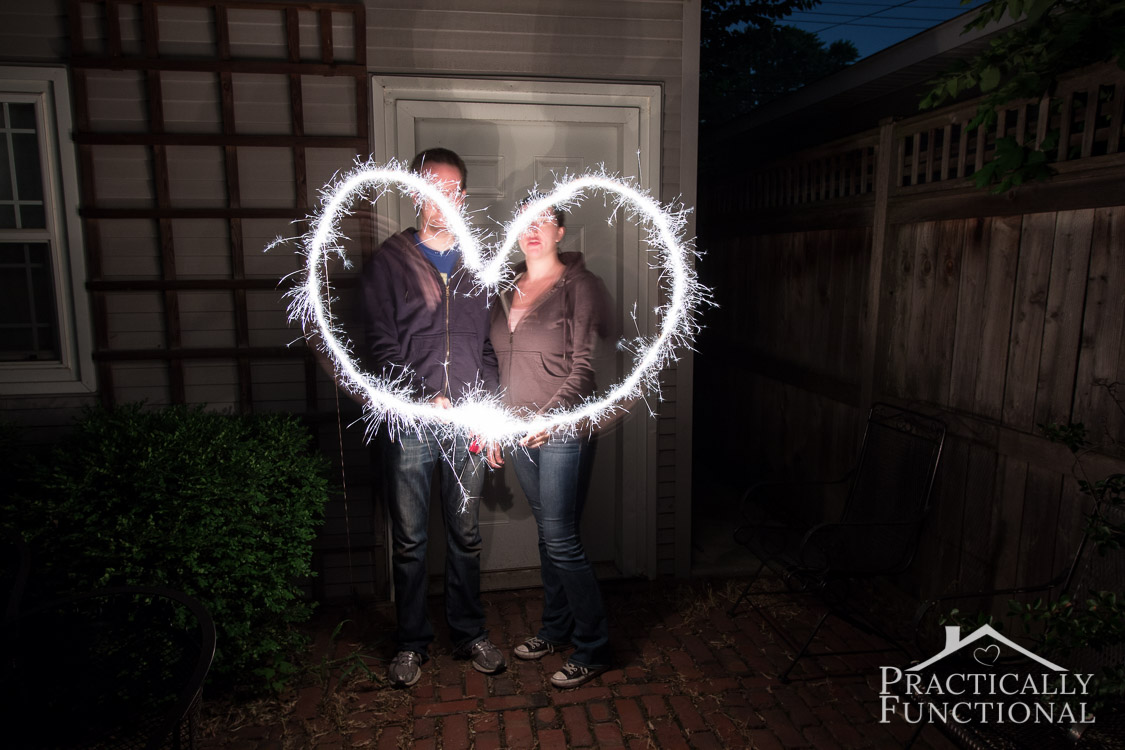 Use an extra person if necessary

Another way to take a good photo of both a person and some cool sparkler writing is to use an extra person. This is especially helpful for wedding or engagement photos where you definitely want to see the people in the photos, as well as the lights. Just tell your subjects to stand absolutely still, set a super long shutter speed, light a sparkler yourself, run into the frame, draw some fun stuff, and run out! It might seem like you would end up in the picture with them, but if you’re quick, have a long shutter speed, and are wearing dark clothing, you won’t be visible!

Don’t believe me? Try it for yourself!

Use an off-camera flash

I probably took about 50 photos that night to get about 5 or 6 that turned out good. Some of the photos were just me adjusting the light settings on the camera, some were halfway cut off because the shutter speed wasn’t long enough to get the whole word in, and some just looked wrong and the letters weren’t formed correctly because it’s hard to write in the air without seeing what you’re doing!

But if you have a little patience, you’ll end up with awesome photos!

If you liked this project, check out these other simple 4th of July projects! 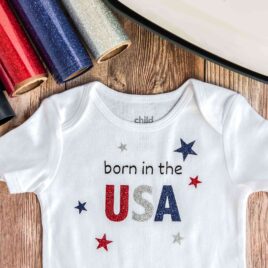 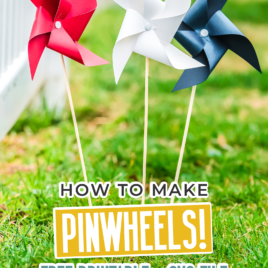 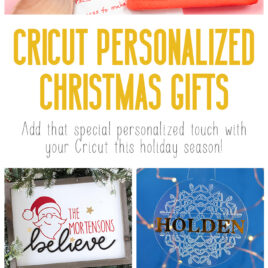 Personalized Gifts With Cricut: 25 Cricut Ideas To Make Sure You Win Christmas This Year!